Quitting is not an option

Undisputedly, Barry McGuigan was one of the best boxers of his generation. As an amateur he won a multitude of titles, at the tender age of 17 he took the gold medal at the 1978 Commonwealth Games and as a Professional he won the British, European, and World Titles. On a memorable, balmy night in June 1985, a television audience of twenty million watched as McGuigan achieved his dream and became Featherweight Champion of the World by defeating Eusebio Pedroza, voted ‘Fight of the Year by the British Boxing Board of Control.

He has been writing a successful weekly column for the Daily Mirror for over 10 years, considered to be the No1 boxing column each week. He has commentated throughout the world; in the USA for Prime Network, in Asia for Star TV, in Europe with Euro Sport and in the UK for BBC, Sky, Screen Sport, Setanta, Wire TV and ITV. He is also President and Founder of the Professional Boxing Association (PBA), an organisation set up to protect the interests and promote education and skills development for professional boxers. 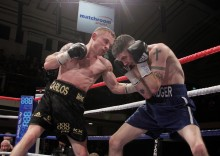 THE YEAR OF THE JACKAL 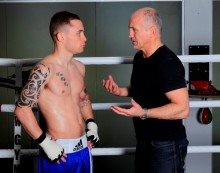